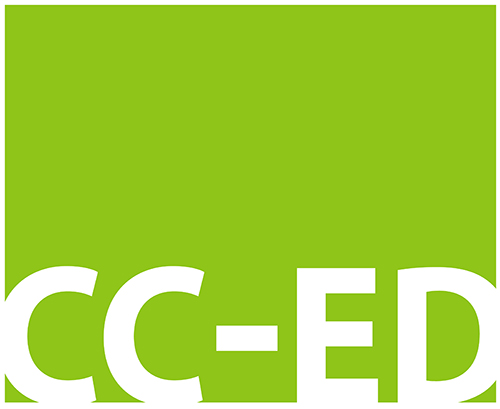 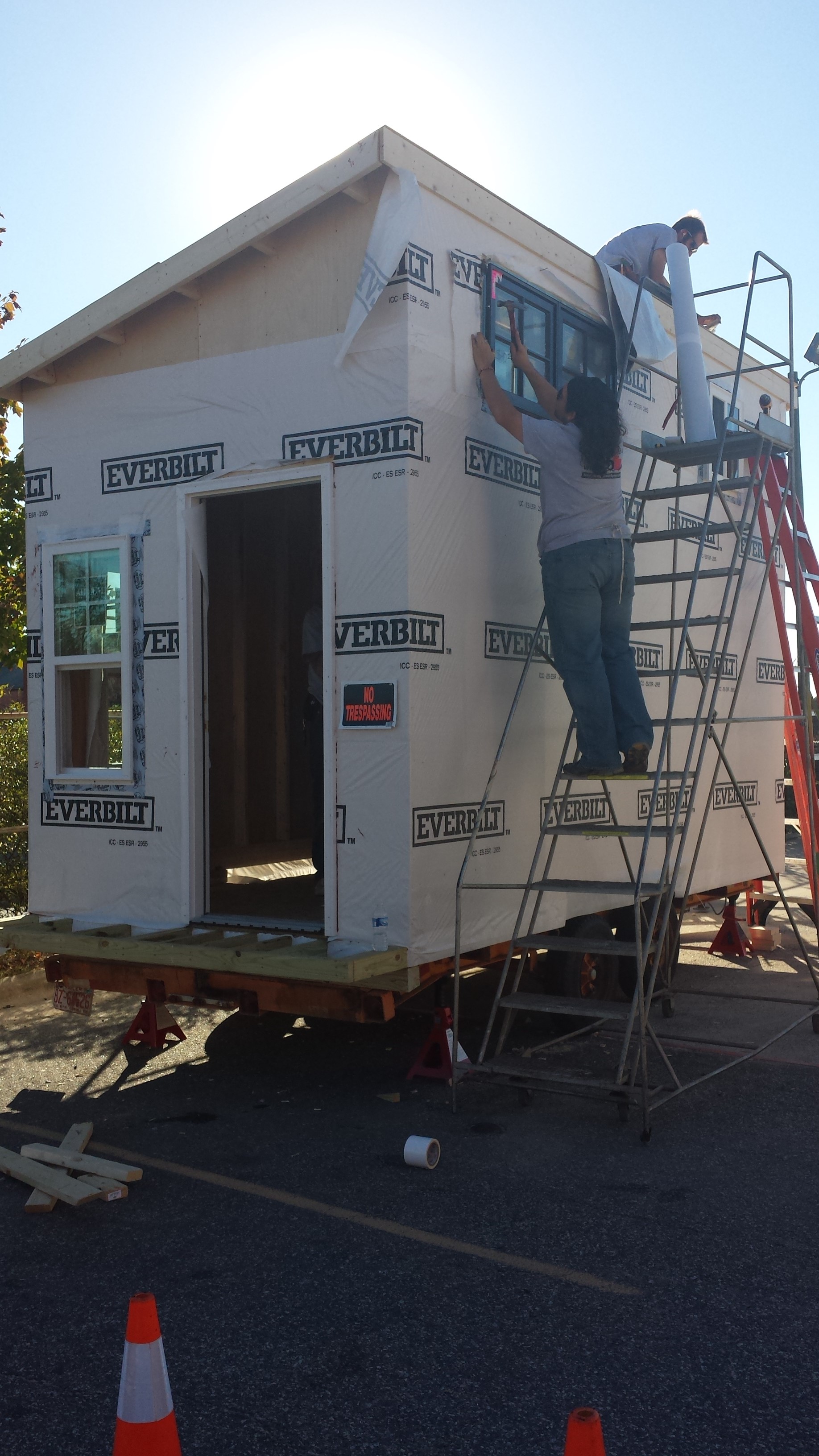 Last Sunday I headed out to the Interactive Resource Center ( IRC ) to help tiny house Greensboro build their first tiny house. As I came up the hill on E Washington Street I saw the sun coming through the frame of the house over the bushes.  I was itching to start working. I parked and walked into the open garage door and signed in and pulled on a shirt that says “I helped build a tiny house with a big heart.” I milled around talked to a few other volunteers and two film makers who are just starting out on their own tiny house expedition.

Once the meeting started Amanda talked about the day’s plan was to weatherize the house. So finish the sheathing put a roof on, install windows, wrap the house, and finally put in the door.  We all divided up into groups to take on a task, I worked with 5 others to measure and cut the remaining pieces of sheathing. I got to climb up on top of the unfinished roof and help measure, I felt a like a bird perched on the thin rafters. After returning to the ground Chris, one of the other volunteers, and I measured out most of the pieces. Some were re measured because no project is perfect.

By the lunch the sheathing was done and all the holes for windows had been cut and the roof was taking shape. After lunch I was looking at the house admiring the work and fabulous skyline of downtown Greensboro in the background. I was approached by Alexis, one of the film makers, to talk about the CC-ED’s tiny house goals, and the research we have done about this tiny house movement and what it could mean for someone who is experiencing homelessness.  After the interview she invited me to an event they were having the following Thursday in Winston-salem, about their tiny house project.

By the end of Sunday the house was all weatherized, ready to stand against the rain that makes Greensboro so Green.